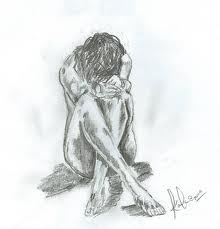 Last month we dealt with anxiety; this month another fun topic, Depression. From the Thirties type of Economic Depression, to the depression most of us are feeling because of the current state of the world. With unrelenting wars, less and less economic opportunities, rising prices, fewer and fewer real social services, a media who’s only interest is to titillate for cheap profits, and there’s no real evidence that things will get better.

At one time the government was seen as a last resort, but for many that hope has long faded away. Obama and many Democrats now seem more interested in being allies with the Corporate Community rather than serving the interests that most of us have. They always seem to be two steps behind any current crisis. Despite their hopeful rhetoric, no real constructive work is being done, from Health Care to the Middle East, and now Wisconsin and Ohio.

My recent foray into Social Security showed me that they were more interested in limiting my benefits than what I might really require. And the small amounts were insulting. In a country where some make billons by working on computer, others shuffle off with pin money

In Wisconsin we have seen an all out attack on the last refuge of working people, the union; its organizing abilities and the benefits they have won, in decades of struggle. The infamous Koch Brothers have been funding this reactionary plan to leave working people without any organization to fight for their rights and livelihoods, They’ve also been funding the Democrats. The Koch brothers funded the most reactionary candidates with their vicious and mostly untrue ads. They also fund the Tea Party and the summer town hall meetings seeking to skuttle Obama’s health care program, which wasn’t much of a deal to begin with.

When Wisconsin’s governor, Scott Walker, first came into office, he gave 120 Billion in tax cuts to the very rich. Now he says the Government is 120 billion in arrears, so the Unions will have to give back much of their pensions and other benefits. The corporate media never mentions this fact. He also put a clause in that allows him to sell off all the states basic utilities. He will look good for a few years with the influx of funds but then the private companies will start to raise rates on everything. Similar schemes are in operation in Ohio, Indiana and Idaho. Right to
Work (anti-union) bills are also being introduced in various state legislatures. As we go to press someone from an East Coast satirical newspaper made a prank call to Governor Walker was called by a fake David Koch. They agree it might have been a good idea to bring in fake protester to cause trouble. The Governor told of some tricks he might use to make the Union look bad. Also Koch mentioned some interest he had in the outcome and hinted it was the Wisconsin state heating utilities he wanted.

We are running a reprinted letter by a despondent fellow. He came to the end of his rope after a lifetimes of productivity, then being left in the cold by our government and society. Recently in LA that was the story of a Los Angeles Hispanic woman with an eleven year old boy. She was living in ramshackle back house. She lost her job and ran out of benefits. She couldn’t pay rent and was being evicted. She had no where to go and they were hungry. On April 19, she killed her son with a hammer and cut her own throat.

Attorney Eric Holder and the Obama administration decided they would not persecute the banks, Wall Street firms, Hedge fund crooks and others for the hundreds of billions they bilked out of the public and government. They made very bad loans to potential home owners. They then packaged those loans, sliced them up and labeled them AAA rated. It is practically impossible for anyone to find out when that kind of scam is being perpetrated. They sold those toxic assets to other governments, pension funds, etc. When the truth was found out, governments collapsed and millions lost most of their hard earn pensions. These were criminal acts, yet they got away free and clear. See Matt Tabbi’s current Rolling Stone article “Why Isn’t Wall Street in Jail?” <https://www.rollingstone.com/politics/news/matt-taibbi-the-crying-shame-of-john-boehner-20110105&gt;. Or go to the Rolling Stone site.

Since Clinton and the NAFTA treaty there have been massive protests against these free trade type treaties. There were the huge demonstrations in 1999 in Seattle against the World Trade Organizations. People said they would suck jobs and money out of the Middle Class. That’s what happened.

An overall objective of these economic elites is to reduce the middle-class. They don’t want any pesky organizing to take place. While the working poor increase rapidly, taking service jobs, because the good jobs are shipped overseas. Only the lucky will be able to afford homes, every one else will be a rent slave. The environment will deteriorate and toxic levels of pollutants will increase in the air we breathe, the water we drink and the food we eat. But the rich can move out to the country.

My father was a good union man all this life, learning from his early life in Wyoming, where coal miners lived harsh lives. He worked in Republic and Universal Studios. He helped invent what they called a negative cutter, saving the studios millions. Because of his Union’s agreement he was able to buy houses, keep his job until retirement, receive a pension and enjoy full medical care for the rest of his life. After he passed away, my mother had those benefits and was able to keep her house and health care until she passed away. If not for the union she would have been up the creek.

This example of fair compensation for a lifetime of labor is exactly what the corporations and their paid political whores want to crush. And if we don’t fight back they will succeed. Both the corporate right wing Repulican, Tea Party alliance is basical about the transfer of great wealth into hands of fewer and fewer. The same motivation that the Middle dictators are using. Collecting Billions for their personal use, while brutally suppression the majority of their citizens. Today there seems to be the beginning of a raising tide of an anger and dedicate population to overturn these crimes.