As the June 7 primary fast approaches, the Democratic and Republican candidates, voters and the media are all sitting on the edge of their seats to soon find out who the nominated candidates will be for their respective parties. It’s the delegates the candidates are after. What is a delegate? It’s believed that at least 85% of voters are not really clear about what a delegate is and why it is so important to have them.
One type of ‘delegate’ is a person elected to the United States House of Representatives to serve the interest of an organized United States territory. They have power similar to that Representative, including the right to vote in committees, but have no right to vote on the floor. But that type of governmental delegate is not what we are talking about these days — people are concerned about the people designated to represent party members at the national political conventions, who vote to nominate candidates, approve party rules and the public party platform, etc.
A candidate for the Democratic nomination must win a majority of the combined delegates at the Democratic National Convention. The party uses pledged delegates elected based on voter turnout for the candidates they are pledge to, and super-delegates, often public office-holders. Of a total of 4,765 Democratic delegates, about 714 are super-delegates. They usually are Democratic members of congress, governors, former presidents and other party leaders and elected officials. Pledged delegates are elected or chosen at the state or local level to support a particular candidate at the convention. They are not actually bound to vote for that candidate, even though the candidate can periodically review the list of other delegates and eliminate those they feel who would not be supportive.
The Democratic Party uses proportional representation to determine how many delegates each candidate is awarded in each state. A candidate who win 40% of the state’s vote in the primary election will win 40% of that delegates. But a candidate must win at least 15% of the primary vote in order to receive any delegates. Since the super-delegates can vote for whomever they please, there is no particular process to win them.
The Republican Party system is similar to the Democratic Party but uses a different terminology such as pledged and unpledged delegates. Most of the 2,472 Republican delegates are pledged and as with the Democratic Party, they are elected at the state or local level. To become the Republican Party nominee the candidate must win a simple majority of 1,237 of the 2,472 total delegates at the Republican National Convention. There are 168 unpledged delegates who get to represent each state’s three Republican National Committee member. However, unpledged delegates do not have the freedom to vote for the candidate they please.
The RNC ruled in 2015 that the unpledged delegates must vote for the candidate that their state voted for. If the state elects their delegates on the primary ballot, then all three RNC members will be allocated to the statewide winner. Until then, unpledged RNC members will be bound in the same manner as the state’s at-large delegates. Many states use a winner-take all system where the popular votes determines the winning candidate. Since 2012, many states now use proportional representation, but the process by which delegates are awarded to a candidate will vary from state to state. The RNC doesn’t require 15% of the primary vote but individual state parties may. 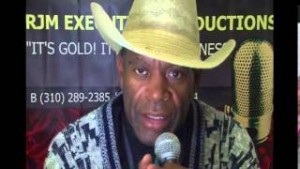 If you enjoyed this post, please consider leaving a comment or subscribing to the RSS feed to have future articles delivered to your feed reader.
By Change-Links|2016-06-03T23:20:40-05:00June 3rd, 2016|California, Politics, Uncategorized|0 Comments