He was born under the name Delbert Orr, but is known in the world as Delbert Africa, a prominent member of the MOVE Organization. In the 70s in Philadelphia he was perhaps its best known and most frequently cited member. With more years than most, he was adept at using the media to spread information and promote MOVE purposes.

His country accent around Chicago and his ingenious puns made his remarks interesting and gave them journalistic value.

I regret to inform you that Delbert Africa, who won his freedom in January 2020 after 41 years imprisoned, lost his life a few days ago to the ravages of cancer.

But this is not the whole story. Late last year, Delbert was urgently taken to a nearby hospital due to an undisclosed disorder.

On leaving prison, Delbert consulted with some doctors who were horrified to learn of the drugs he was given while in Dallas prison in Pennsylvania State. A doctor said, ′′ The drugs they used in that prison were poison.”

Still, Delbert ended his stay in prison strong in spirit. He loved the MOVE Organization and hated the rotten system.

Delbert criticized black people who supported the system and opposed the revolution. I used to call them ′′niggapeans,” a word I’ve never heard from someone else’s mouth.

More than a decade before Rodney King’s police beating and recorded on video in L. A., Delbert was beaten by four Philadelphia police officers on August 8, 1978, and the beating was recorded by a local station.

Video shows Delbert left unarmed from a basement window at his home after a standoff with police. With his naked torso, he had raised his arms in a gesture of accepting detention.

Immediately four officers surrounded him and savagely beat him, hitting him with the handle of their rifles, crushing his head with a motorcycle helmet, and kicking him until he lost consciousness.

Yep, that’s what they did. Delbert suffered a jaw fracture and a swollen eye the size of an Easter egg.

There was a whitening trial of three of the police officers, in which the judge took down the case by impeaching the jury composed of people from rural areas of Pennsylvania, then declaring an acquittal of the police despite evidence recorded on video of the State brutality.

And that brutality was not limited to the streets of West Philadelphia, nor to the unfair trial and conviction of Delbert and other members of MOVE.

He continued for 41 years in exhausted soul lockdown and sorry health care. Delbert endured everything and walked free with his revolutionary black soul intact.

As a MOVE member until the end, he continued to follow John Africa’s teachings, and lived embraced in the love of his MOVE family and daughter Yvonne Orr-El.

After all, love is the closest thing we’ve come to freedom. 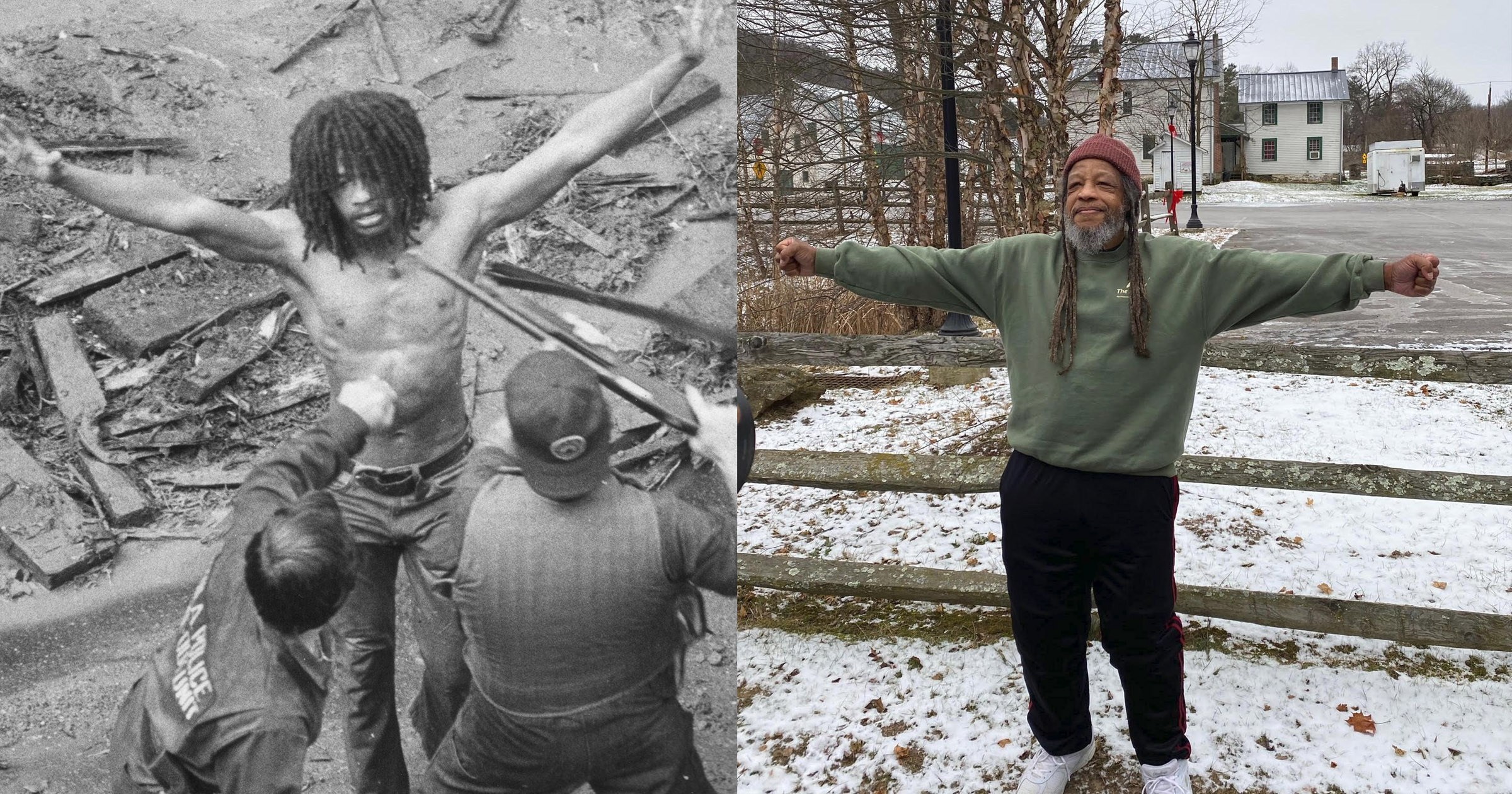 Delbert Africa, after 72 summers, turned to his ancestors.

From imprisoned nation – I am Mumia Abu-Jamal.

If you enjoyed this post, please consider leaving a comment or subscribing to the RSS feed to have future articles delivered to your feed reader.
By Change-Links|2020-07-01T04:14:41-05:00July 1st, 2020|Activism, Africa, Anti-capitalism, Anti-Racism/Racism, Commentary, Historical, Justice/Injustice, Los Angeles, Police Brutality|0 Comments