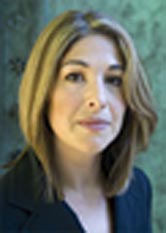 I keep hearing comparisons between the London riots and riots in other European cities—window smashing in Athens, or car bonfires in Paris. And there are parallels, to be sure: a spark set by police violence, a generation that feels forgotten.

But those events were marked by mass destruction; the looting was minor. There have, however, been other mass lootings in recent years, and perhaps we should talk about them too. There was Baghdad in the aftermath of the US invasion—a frenzy of arson and looting that emptied libraries and museums. The factories got hit too. In 2004 I visited one that used to make refrigerators. Its workers had stripped it of everything valuable, then torched it so thoroughly that the warehouse was a sculpture of buckled sheet metal.

Back then the people on cable news thought looting was highly political. They said this is what happens when a regime has no legitimacy in the eyes of the people. After watching for so long as Saddam and his sons helped themselves to whatever and whomever they wanted, many regular Iraqis felt they had earned the right to take a few things for themselves. But London isn’t Baghdad, and British Prime Minister David Cameron is hardly Saddam, so surely there is nothing to learn there.

How about a democratic example then? Argentina, circa 2001. The economy was in freefall and thousands of people living in rough neighborhoods (which had been thriving manufacturing zones before the neoliberal era) stormed foreign-owned superstores. They came out pushing shopping carts overflowing with the goods they could no longer afford—clothes, electronics, meat. The government called a “state of siege” to restore order; the people didn’t like that and overthrew the government.

Argentina’s mass looting was called El Saqueo—the sacking. That was politically significant because it was the very same word used to describe what that country’s elites had done by selling off the country’s national assets in flagrantly corrupt privatization deals, hiding their money offshore, then passing on the bill to the people with a brutal austerity package. Argentines understood that the saqueo of the shopping centers would not have happened without the bigger saqueo of the country, and that the real gangsters were the ones in charge.

But England is not Latin America, and its riots are not political, or so we keep hearing. They are just about lawless kids taking advantage of a situation to take what isn’t theirs. And British society, Cameron tells us, abhors that kind of behavior.

This is said in all seriousness. As if the massive bank bailouts never happened, followed by the defiant record bonuses. Followed by the emergency G-8 and G-20 meetings, when the leaders decided, collectively, not to do anything to punish the bankers for any of this, nor to do anything serious to prevent a similar crisis from happening again. Instead they would all go home to their respective countries and force sacrifices on the most vulnerable. They would do this by firing public sector workers, scapegoating teachers, closing libraries, upping tuitions, rolling back union contracts, creating rush privatizations of public assets and decreasing pensions – mix the cocktail for where you live. And who is on television lecturing about the need to give up these “entitlements”? The bankers and hedge-fund managers, of course.

This is the global Saqueo, a time of great taking. Fueled by a pathological sense of entitlement, this looting has all been done with the lights left on, as if there was nothing at all to hide. There are some nagging fears, however. In early July, the Wall Street Journal, citing a new poll, reported that 94 percent of millionaires were afraid of “violence in the streets.” This, it turns out, was a reasonable fear.

Of course London’s riots weren’t a political protest. But the people committing nighttime robbery sure as hell know that their elites have been committing daytime robbery. Saqueos are contagious.

The Tories are right when they say the rioting is not about the cuts. But it has a great deal to do with what those cuts represent: being cut off. Locked away in a ballooning underclass with the few escape routes previously offered—a union job, a good affordable education—being rapidly sealed off. The cuts are a message. They are saying to whole sectors of society: you are stuck where you are, much like the migrants and refugees we turn away at our increasingly fortressed borders.

David Cameron’s response to the riots is to make this locking-out literal: evictions from public housing, threats to cut off communication tools and outrageous jail terms (five months to a woman for receiving a stolen pair of shorts). The message is once again being sent: disappear, and do it quietly.

At last year’s G-20 “austerity summit” in Toronto, the protests turned into riots and multiple cop cars burned. It was nothing by London 2011 standards, but it was still shocking to us Canadians. The big controversy then was that the government had spent $675 million on summit “security” (yet they still couldn’t seem to put out those fires). At the time, many of us pointed out that the pricey new arsenal that the police had acquired—water cannons, sound cannons, tear gas and rubber bullets—wasn’t just meant for the protesters in the streets. Its long-term use would be to discipline the poor, who in the new era of austerity would have dangerously little to lose.

This is what David Cameron got wrong: you can’t cut police budgets at the same time as you cut everything else. Because when you rob people of what little they have, in order to protect the interests of those who have more than anyone deserves, you should expect resistance—whether organized protests or spontaneous looting.

And that’s not politics. It’s physics.