The U.S Mint will roll out the first image of a Black woman on a quarter replacing George Washington. It depicts Maya Angelou, an American author, poet and civil rights activist. Born on April 4, 1928 in St. Louis, Missouri, Angelou rose to international prominence in 1969 with her renowned publication of “I Know Why the Caged Bird Sings.”

It illustrates how to overcome racism and trauma with strong character and love for literature. She described being raped as an eight-year-old child. The ordeal caused her to become mute for nearly five years. She also explored new ways for a woman living in a male-dominated society. The book’s exposure of racism, and its graphic depiction of childhood rape and sexuality made some people uncomfortable for it to be placed in some school and libraries across the U.S. 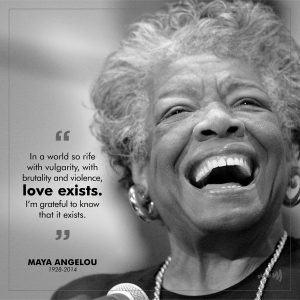 Over more than 50 years, Maya Angelou published seven auto-biographies, three books of essays, several books of poetry, many plays, movies and television shows. She received countless awards and over 50 honorary degrees. She wrote a poem especially for President Bill Clinton and recited it at his January 1993 inaugural ceremony.

If you enjoyed this post, please consider leaving a comment or subscribing to the RSS feed to have future articles delivered to your feed reader.
By Change-Links|2022-02-01T16:19:27-05:00February 1st, 2022|Anti-Racism/Racism, Arts, Black liberation, Calendar, Feminism, Rob Macon|0 Comments