He was known as Askia Muhammad. And in his 76 years of life, he was principally known, and indeed renowned, as a Black journalist.

But he was also a poet, a photographer, and hosted a radio program in Washington DC’s Pacifica station, WPFW.

He was a senior editor and correspondent for the Final Call, the weekly journal of the Nation of Islam. He wrote for the Washington Informer a Black-owned newspaper serving the Black community in DC.

Askia Muhammad worked as a journalist and broadcaster at WPFW for more than 40 years. He called his show “Yardbird’s Sweets,” a tribute of sorts to the jazz saxophonist Charlie Parker, whose nickname was “Yardbird.”

In an interview with the Final Call, Muhammad explained how his jazz show began, “I discovered in my limited collection that there was a recording by Charlie Parker. My name, given me by my mother, was Charlie, so I had some identification with that. Then I discovered that he recorded a song, his signature song, ‘Yardbird’s Suite.’ The Yardbird Suite was recorded on my first birthday, so I said, ‘It’s a natural! I’ll have a Yardbird show!’ And that was it.”

Muhammad’s show was called “a vital addition” to DC’s culture.

Askia Muhammad returned to the source on Thursday, February 17th, after 76 winters in America.

With love, not fear, 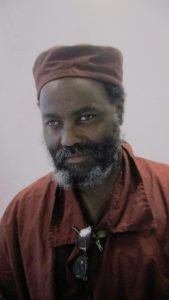 This is Mumia Abu-Jamal

These commentaries are recorded by Prison Radio.