An Indigenous Peoples’ History of the United States 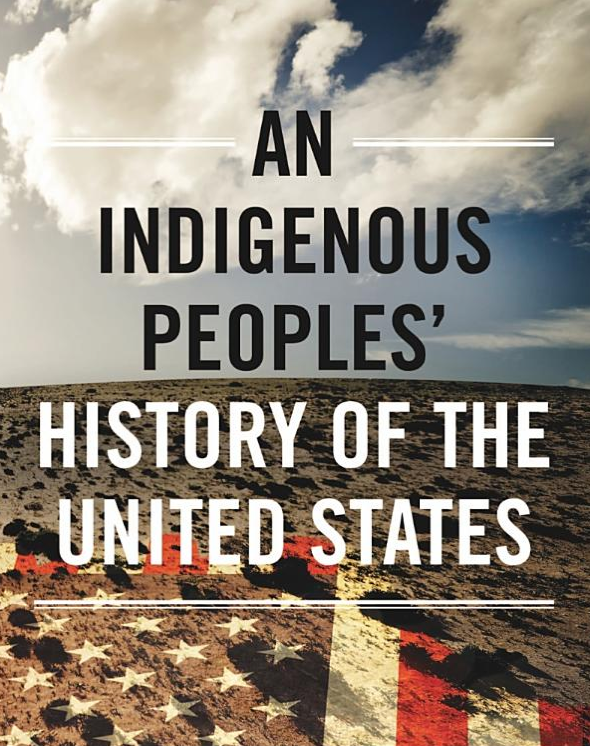 In a short, thorough survey of U.S. history from settlement and conquest to current crises, Roxanne Dunbar-Ortiz pulls on the thread that unravels the tapestry of lies in most US “histories,” whether academic, popular, or progressive.

She views that history from the perspective of the indigenous peoples whose land was taken by, and whose resistance impeded and impedes, the “glorious, manifest destiny” and self-aggrandizing “exceptionalism” of the US empire-state.

In her recent appearance in Los Angeles at Beyond Baroque in Venice, Dunbar-Ortiz recounted how her late colleague, Howard Zinn, whose writings she had constructively criticized for an inadequate treatment of Native issues and perspectives, had recommended her to Beacon Press to write a book from the indigenous perspective for their “ReVisioning American History” series.  Seven years of research and rewriting later, she completed the volume for publication. It’s unlikely that any other single volume will as radically alter your view of the true nature of US society, polity or history.

Dunbar-Ortiz makes clear that this isn’t “American” history, but that of the US (with brief forays into pertinent information about Spanish and French colonialism in adjacent areas). She uses the term “US Americans” to describe its citizens. She also explains that she hasn’t written a history of the indigenous peoples of this area, but simply a re-examination of the truths that emerge when US history is examined through the lens of the indigenous peoples it dispossessed and attempted to eliminate. 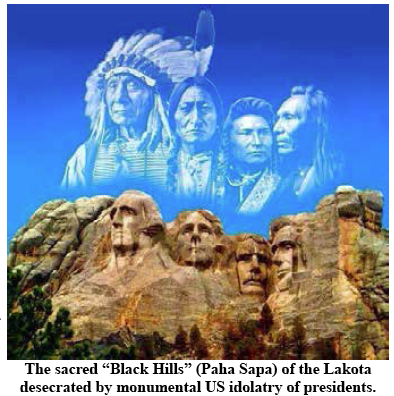 It’s impossible to recapitulate in a few paragraphs the land theft, genocide, or relentless war of terror waged against the indigenous inhabitants of the land the settlers coveted, and against the biosphere of nurtured forests, water and wildlife that sustained the indigenous people and societies. You simply MUST read this book. But suffice it to say that Dunbar-Ortiz exposes the roots of the military doctrine and practices of the US Army in the “irregular,” exterminationist warfare waged against indigenous women and children. To this day, the Pentagon refers to enemy terrain as “Indian country.”

Viewed through Native eyes, such icons of “progressive” presidency as Jefferson, Jackson and Lincoln are seen clearly and truthfully as genocidal expansionists who based their political careers on stealing and parceling out indigenous land. As Dunbar-Ortiz says, regarding Oliver Stone and Peter Kuznick, authors of The Untold History of the United States, “they fail to mention that the US was invading…colonizing and removing Indigenous farmers from their land … In ignoring that fundamental basis for US development, they don’t see that overseas empire was the logical outcome of the course the US chose at its founding.” We cannot shape a different future unless we face the reality of the past and present.

Two key points: the book exposes the genocidal impact of the myth of “progress,” an important lesson for “progressives;” it also defines the period since the 70s from an indigenous perspective as one of increasing self-determination, effective resistance and international unity. This challenges the often defeatist and defensive views of some on the left.

Get this book, ask your library to stock it. I am forming a study group to read and discuss it, as well as the book Settlers: The Mythology of a White Proletariat by J. Sakai, recently re-issued in a new edition. If you’re interested in participating, contact me at:
antiracistaction_la@yahoo.com

If you enjoyed this post, please consider leaving a comment or subscribing to the RSS feed to have future articles delivered to your feed reader.
By Change-Links|2014-12-31T14:52:36-05:00December 31st, 2014|Book Reviews, Michael Novick|0 Comments