Alexander Cockburn and the Radical Power of the Word 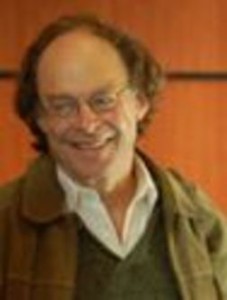 Alexander Cockburn and I met in the 1980s, when we shared places on a panel in Detroit, where the topic was the latest murders of Catholic priests by Latin American death squads. Alex was talking about the horrors of US foreign policy. I was talking about the horrors of US media coverage of US foreign policy. We were sufficiently in sync that our mutual friend, brilliant music writer and thinker Dave Marsh, came up at the end of the evening and. presuming that we were comrades long-standing, told us we really should take the show on the road.Alex writing. Photo: Tao Ruspoli.

We did, more or less, appearing frequently together over the years. But most of our time together was spent at my home in Madison, Wisconsin, where Alex was a frequent guest. He would pull up in a great big American car, the trunk packed with favored libations, new books and the facsimile machine he used—even after the Internet had its moment—to send columns to The Nation. (Alex regularly proved that his knowledge of history, his memory and his veteran reporter’s knack for asking the right people the right questions could be the superior of even the most powerful search engine. Eventually, however, he did with Jeffrey St. Clair develop a politically potent website, CounterPunch.)

Alex, who has died too young at age 71 after a two-year battle with cancer, loved writing—so much so that he missed just one deadline even as his illness progressed toward its final stages. His commitment to the craft—to the radical power of the word—extended far beyond his own contribution. He poked, prodded and inspired the rest of us. When I was working on an article at my home computer, he would lean over me and make suggestions. Invariably, Alex wanted to see a paragraph added on some new evil done by a corporation, some third-party candidate who had not gotten enough attention or some third-world cause that had gotten even less attention. Alex’s suggestions did not always fit where he proposed that I add them, and I asked them about this once.

“Sometimes you just have to get the story out,” he said, “anywhere you can.”

But, of course, Alex never just got the story out. His prose, honed during an Anglo-Irish childhood when he learned at the side of the master—his father Claud, the great radical British journalist of mid-century who lent him the title of his column, “Beat the Devil”—never failed. Alex knew how good he was. He knew that he could take readers where other writers could not, to the fields of India where Coca-Cola was stealing water from peasants, to the barricades of neglected labor battles in Austin, Minnesota and Toledo; to “The City” of London where the Libor scandal now unfolds.

Alex’s last column for The Nation was a delicious takedown of all the dark players involved in the scheme by the biggest bankers in the world to fix rates. The bankers got their due, of course, but so did the regulators and, of course, the pliant media. “Now it turns out that the whole thing is a fix—a grimy hand all too visible,” Alex wrote. “Is is possible to reform the banking system? There are the usual nostrums—tighter regulations, savage penalties for misbehavior, a ban from financial markets for life. But I have to say I’m dubious. I think the system will collapse, but not through our agency.”

Casual readers might imagine a darkness in the closing line of what Alex’s last Nation column published in his lifetime. But that is a misread. Alex shared Tom Paine’s faith in the necessity of information and insight, of speaking truth to power, as an essential element to the activism that would behind the world over again. He was a radical democrat who believed ultimately in the power of the people to overturn that which politicians and the press left standing.

He kept the radical faith, steadily, constantly, going to the ends of the earth to cover the next story of revolt and revolution, going to the far corners of the United States to uncover the news that Americans were not taking it anymore. If a crowd had gathered, and if they were raising the red flag, or any flag of protest, that was enough for Alex. He would report their struggle, usually in The Nation, but also in the pages of The New York Review of Books, Harper’s, Esquire and (for a brief period as remarkable as it was ironic) the Wall Street Journal.

Alex chose as the title and the underlying theme of his finest collection of essays a line from the anthropologist Claude Levi-Strauss. From Tristes Tropiques:

If men have always been concerned with only one task—how to create a society fit to live in—the forces which inspired our distant ancestors are also present in us. Nothing is settled; everything can still be altered. What was done but turned out wrong, can be done again. The Golden Age, which blind superstition had placed behind [or ahead of] us, is in us.

Alex taught me, he taught us all, that those were not blandly optimistic words. They are demanding. They suggest that we have fewer excuses than we thought, that this is the place, that now is the time and that there is truth in the Gandhian maxim that we are the people we’ve been waiting for.

If you enjoyed this post, please consider leaving a comment or subscribing to the RSS feed to have future articles delivered to your feed reader.
By John Johnson|2012-08-02T18:31:37-05:00August 2nd, 2012|Alexander Cockburn, Economy, Free Speech, Human Rights, Independent Media, Peace and War, People|0 Comments